Vectra® Networks, the leader in automated threat management, today announced record bookings growth of nearly 400 percent in 2015 over 2014. This rapid sales growth across North America and Europe was complemented by an expanded workforce which grew by 86 percent around the globe in 2015, and a significant number of awards and industry distinctions, including earning the No. 4 position on Forbes “Hottest Cybersecurity Companies”. The company also experienced increased traction across industry verticals, with the addition of new customers in the financial services, healthcare, government, retail, education and technology sectors.

“The success of this past year demonstrates that more companies recognize that prevention alone is insufficient and they are left with a significant cybersecurity gap in which attackers go undetected for more than six months,” said Hitesh Sheth, CEO of Vectra Networks. “We fill this gap by automating discovery of cyber attacks while they are happening and simplifying the mitigation of threats with actionable insights so attacks can be stopped before data is lost. The ease of automation found with our technology platform has horizontal appeal leading customers to consistently describe Vectra as a true extension of their internal security teams.”

The company also saw important developments with its X-series platform technology. These included:

The functionalities of Vectra Networks’ automated threat management platform also contributed to the broader industry in 2015. Notable events included discovery of a high severity vulnerability in Internet Explorer (IE) 11 following the cyber attack on the Italian company known as Hacking Team; and publishing the second edition of its Post-Intrusion Report, a real-world study about threats that evade perimeter defenses and what attackers do once they get inside an organization’s network.

Vectra Networks earned industry recognition in 2015 by numerous entities including:

To accommodate its rapid company growth, at the end of 2015 Vectra Networks moved to a larger corporate headquarters facility at 560 South Winchester Blvd., San Jose, Calif., 95128.

The company established its EMEA regional headquarters in Switzerland, a dedicated European leadership team and deployment of sales and technical teams across the region. Vectra Networks saw growth in its channel activities, signing new channel partners to support its North American growth and European expansion.

Gartner does not endorse any vendor, product or service depicted in its research publications, and does not advise technology users to select only those vendors with the highest ratings or other designation. Gartner research publications consist of the opinions of Gartner's research organization and should not be construed as statements of fact. Gartner disclaims all warranties, expressed or implied, with respect to this research, including any warranties of merchantability or fitness for a particular purpose. 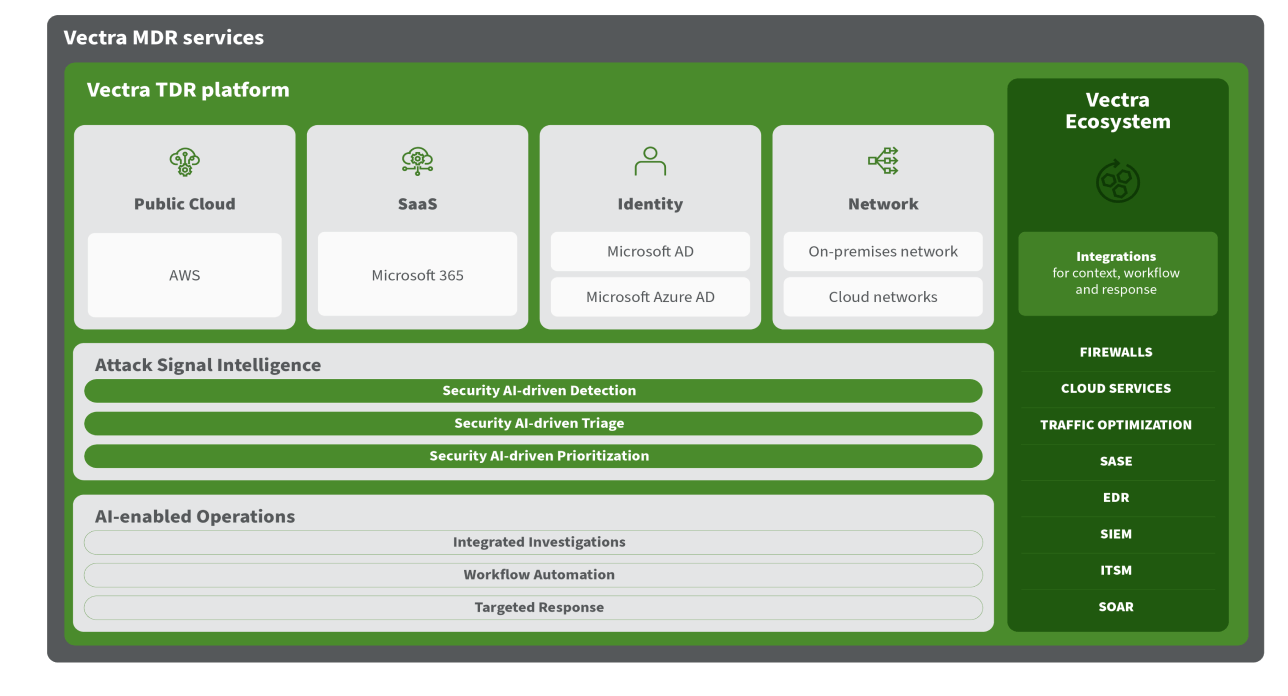