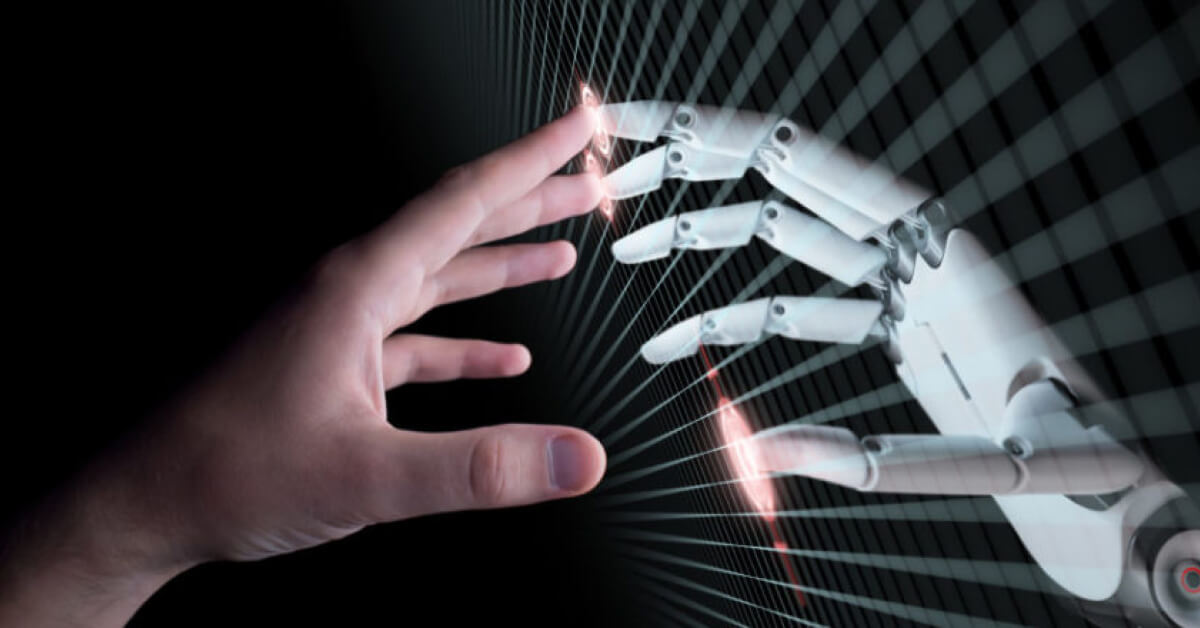 Sometimes science fiction becomes less fantastic over time than the actual reality. Take the film Ghost in the Shell, for example, which hits the big screen this week. It’s an adaptation of the fictional 28-year-old cult classic Japanese manga about human and machine augmentation.

The story involves a cyborg with artificial intelligence augmentation, based on a human brain, hunting cyber criminals and hackers in the year 2029. A theme that stuck with me is that man and machine beats man or machine. The twist is that the mind-body connection is a two-way street and hacking one leads to control of the other.

When Ghost in the Shell was conceived in 1989, human and machine augmentation was a far-fetched idea relegated to science fiction. The term “internet” had not even been coined yet. Tim Berners-Lee invented the World Wide Web. It took another two years before a browser existed to access the web.

Today the premise of Ghost in the Shell is not so far-flung and modern technology seems to be closing-in on it.

A big fan of Ghost in the Shell since I was a teen, I was enthralled with its sweeping vision of a fantastic, dangerous and distant future. Now, as technology catches up with that vision 28 years later, it’s still dangerous but doesn’t seem so fantastic or distant to me anymore.

For one, I work at Vectra Networks, where we use artificial intelligence to automate threat hunting and augment human cyber hunters. Okay, this isn’t exactly Ghost in the Shell stuff and we don’t use biological implants.

But we do use augmentation. Others use it as well, with smart watches, smartphones, virtual assistants, and smart homes. And Tesla founder Elon Musk recently announced plans to enter the market for human augmentation with cybernetic implants. The biological component might not be that far away.

So, are we on a timeline where the fictitious future of 2029 in Ghost in the Shell becomes reality on a grand scale?

In the next 12 years, AI human biological augmentation could be a near-term possibility given the announcements around cybernetic implants, the current state of AI, and how quickly the computer industry continues to evolve. Maybe not as extreme as a complete body and mind change, but what we are doing now is potty-training the baby. It’s still in its infancy.

Recent advancements in security technology see AI taking over much of the muscle-memory work of repetitive investigation and response processes. We could even argue this is necessary. In a world of rapidly diversifying threats and ever-growing attacks, not doing so could be detrimental to our personal safety.

At Vectra, we use AI to build an automated front-line security analyst in software that never sleeps and relentlessly hunts for active threats. Similarly, the character of Major in Ghost in the Shell leverages the best of human and cyborg worlds in the relentless pursuit of her mission, operating faster with the benefit of a global field of intelligence from which she makes informed decisions.

By focusing on the behaviors and actions of attackers rather than signatures that indicate their existence, Vectra gains a better understanding of what hackers are doing and we can anticipate their next moves.

Ironically, in the film, every aspect of Major’s behavior has a dedicated machine learning algorithm, either supervised – pretrained with example data before deployment – or unsupervised, completely self-trained from deployment. These algorithms feed additional analytical layers to provide integrated intelligence from which she learns.

This is exactly the type of intelligence built into Vectra by our team of security researchers and data scientists. Elon Musk’s venture into cybernetic implants also applies to cybersecurity. The most important aspect of cybersecurity is speed and efficiency. We have got to get faster. This type of augmentation could provide just that.

The AI built into Vectra software is controlled by a “brain.” Vectra sensors use AI to reduce noise so only contextual data is received by the brain. The Vectra brain proceeds to triage and prioritize information to provide human analysts a clear picture of their current state.

Vectra then integrates with other security and network tools to provide response automation. In this way, Vectra provides humans and technology with the actionable intelligence to respond in real time.

Thinking about integration with biological cybernetic implants, it would certainly provide benefits to the speed of decision making. By combining machine analytics, response automation, and human analytics (something we already provide our customers), decisions and responses are instantaneous.

I don’t want to completely ignore the dark side of the movie that infers we could hack human brains through implants. While machine intelligence is still in its infancy and the intent is to improve humans, we need to be mindful of how we can easily overstep our bounds. The fictional realm of Ghost in the Shell and the Major’s vulnerabilities to hacking and subversion have become more real over the years.

Nonetheless, I still look forward to this future and I’m excited with the work we are doing at Vectra to get there. Attackers are investing heavily in automating and augmenting cybercrime. It is important that we as defenders do the same. I am also hoping the live action version of the film is as good as the original manga was 28 years ago.